The Night of the Gods

The fight for eternity is here. 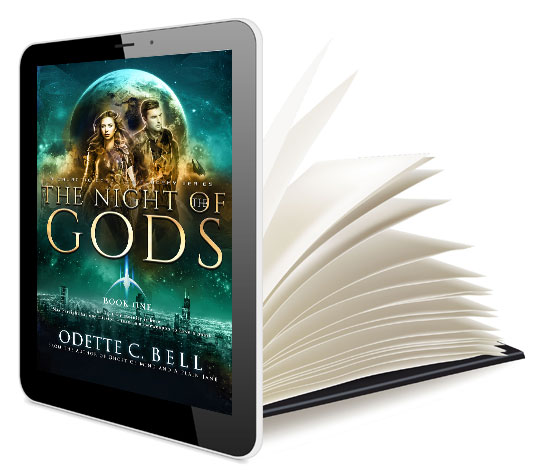 #12 in the Galactic Coalition Academy series. It consists of four books of roughly 70,000 words each.

The fight for eternity is here.

Max Farsight has one mission – teach a superweapon to have a heart. But no matter what he imparts, Alyssa Night can’t change the fact she exists to destroy. An energetic being coursing with temporal particles, she can end anything with a touch, but could she ever create?

Max thinks he knows the answer. He’ll soon find out he doesn’t. When they’re thrown together into the clutches of a mysterious corporation hell-bent on controlling Alyssa’s power, Max must learn who she is. It’ll violate his every automatic assumption. But it’ll do more. To save her, Commander Max Farsight will have to find out who he is, too.

The Night of the Gods is the 12th Galactic Coalition Academy series. A sprawling, epic, and exciting sci-fi world where cadets become heroes and hearts are always won, each series can be read separately, so plunge in today.