The greatest enemy the galaxy has ever known is here. The war will begin…. 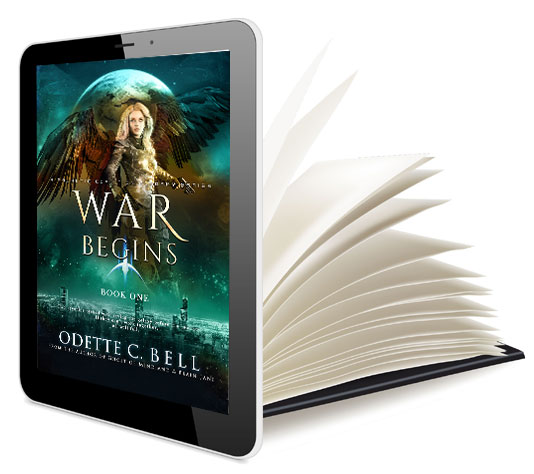 #8 in the Galactic Coalition Academy series. It consists of four episodes of roughly 40,000 words each.

The greatest enemy the galaxy has ever known is here. The war will begin.

Diana’s had a troubled past. Her family were brutally murdered right in front of her eyes. It's changed the course of her future – but it will soon change more. An ancient race left a gift inside her mind, and it will now rise.

Sampson is a psychic soldier – the Coalition's best. When he's sent to the Academy to spy on students, he has no clue he'll be drawn toward Diana and into the final fight for the Milky Way.

War Begins is the 8th Galactic Coalition Academy series. A sprawling, epic, and exciting sci-fi world where cadets become heroes and hearts are always won, each series can be read separately, so plunge in today.

‍Reading order for the GCA series.