The War of the Gods

When war arrives, you sacrifice or die. 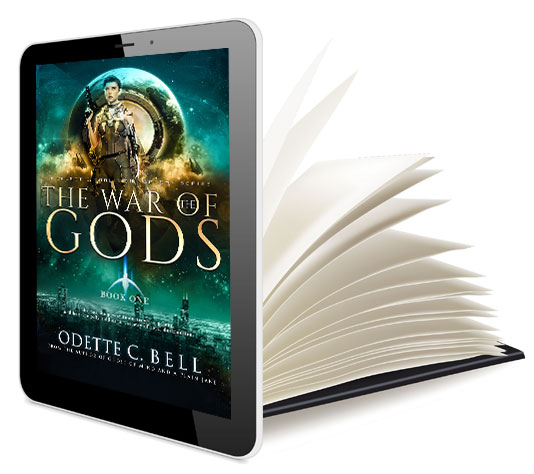 #13 in the Galactic Coalition Academy series. It consists of four books of roughly 70,000 words each.

When war arrives, you sacrifice or die.

Joseph’s taught himself that – through sweat, blood, and tears. As a spacer – a creature with unparalleled power and grit – he can take on anything. Until he meets Sally. The Academy’s most scorned cadet, he’s drawn toward her for all the wrong reasons.

Sally, unbeknownst to all, is the host for the most important psychic mind in existence. Known simply as the Queen, she’s the key to winning the upcoming war. For make no mistake, the battle for everything rises on the horizon like a black sun.

Sally and Joseph are thrown together in the fight for the universe. For only together can they find the power – and answers – to rise.

The War of the Gods is the 13th Galactic Coalition Academy series. A sprawling, epic, and exciting sci-fi world where cadets become heroes and hearts are always won, each series can be read separately, so plunge in today.