The Eye of the Gods

Vivian Bond has a secret that could bring down the Milky Way. Special Commander Jake Trace doesn't care – he hates her. 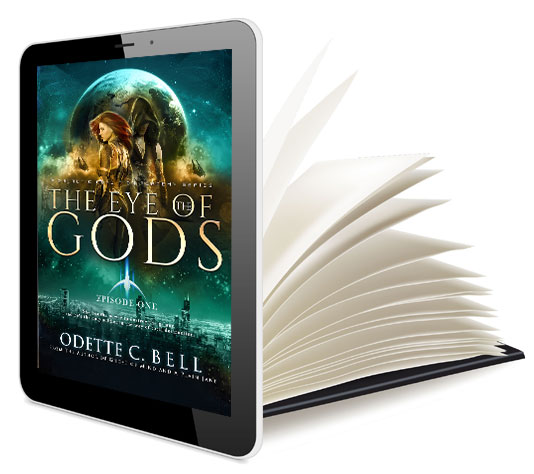 #10 in the Galactic Coalition Academy series. It consists of five episodes of roughly 40,000 words each.

Vivian Bond has a secret that could bring down the Milky Way. Special Commander Jake Trace doesn't care – he hates her.

When Jake meets the irritating Vivian at a gallery and she steals a painting he must secure for his superiors, he locks onto her like a hunter to prey.

It’s the only thing that saves her life. For Vivian Bond has enemies. Everywhere. She has a twisted destiny she’s run from her whole life. Now it will catch up.

Vivian and Jake are thrown together in a fight for the Milky Way and beyond as an ancient power rises once more.

The Eye of the Gods is the 10th Galactic Coalition Academy series. A sprawling, epic, and exciting sci-fi world where cadets become heroes and hearts are always won, each series can be read separately, so plunge in today.

Release Date :
April 2019
Release Date :
This series is complete.
Character :
Chosen One
Genre :
Space Academy
Theme :
Who am I
Tone :
Romp
Back to Series List