She’s the greatest weapon the Alliance Star Forces has ever produced. A telekinetic warrior with the power to win wars. 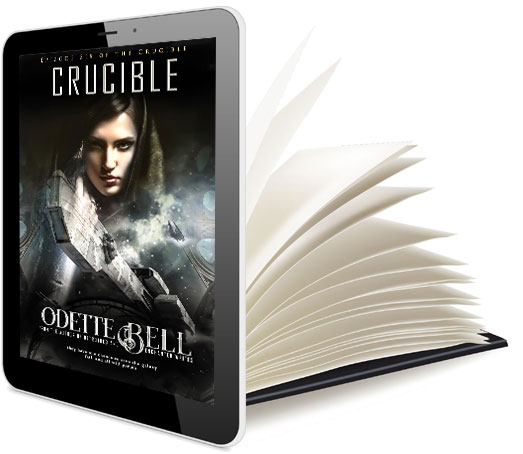 She’s been on the run for two years now. Two years of pain and anguish. She’s the greatest weapon the Alliance Star Forces ever produced. A telekinetic warrior with the power to win wars.

He’s a lieutenant commander, the son of one of the Alliance’s most decorated admirals. He’s never questioned his loyalty for the Alliance.

A series of calamitous events throw them together on a quest leading right into the heart of the galaxy’s darkest secrets.

The Crucible follows a runaway weapon and the soldier who discovers her as they fight for the Milky Way. If you love your space operas with action, heart, and a splash of romance, grab The Crucible Episode One today and soar free with an Odette C. Bell series.