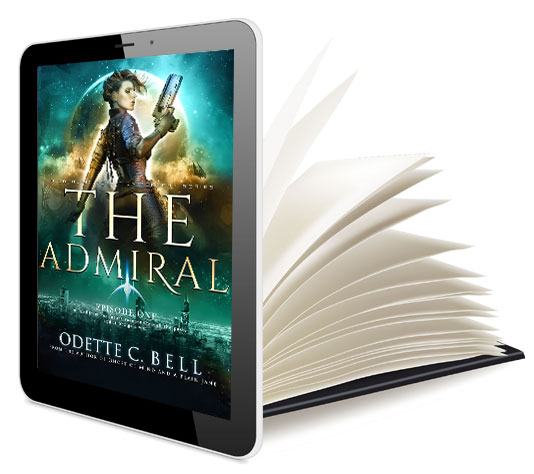 #9 in the Galactic Coalition Academy series. It consists of four books of roughly 50,000 words each.

Lara Forest is a simple cadet – or so she thinks. When she decides to quit, circumstances force her to reconsider. A hand from her future reaches through the past, and it brings a war.

Soon Lara’s thrust head-first into a battle for the Milky Way, not just in this time, but forever. She’s not alone. The meddlesome golden-boy Cadet Nok comes with her. She might not appreciate his help now – one day, she will. But that depends on one thing – time. From now on, everything and everyone will depend on it and the admiral in the making, Forest.

The Admiral is the 9th Galactic Coalition Academy series. A sprawling, epic, and exciting sci-fi world where cadets become heroes and hearts are always won, each series can be read separately, so plunge in today.