To protect, is to change the course of history. Fail, though, and you’ll fall. 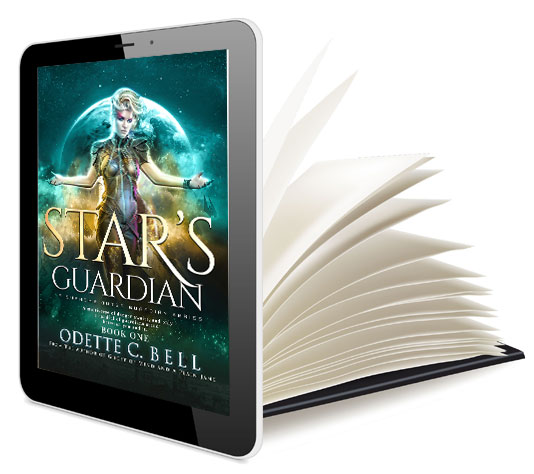 #1 in the Supreme Outer Guardian series. It consists of four books of roughly 50,000 words each.

To protect, is to change the course of history. Fail, though, and you’ll fall.

Grace Smith is about to fall, and there’s nothing that can stop her. She was destined to lose the sacred energy pumping in her veins since birth. The multiverse has always had a plan for her, and now that dark plan unfolds, one dead body at a time.

Grace is used to running from the dark forces hell-bent on murdering her, and she’s good at it. Then she runs into the one man she can’t escape. Alex Round, Supreme Outer Guardian. When he picks her up on a backwater planet by accident, he thinks she’s a pointless distraction. Then hell unravels, and the fabric of reality fractures with it. At its heart sits the one woman he must now protect, no matter what.

Can someone who has run her whole life stop still long enough to accept the help of the only man who can save her? Or will she tumble into the arms or danger and take the rest of the multiverse with her?

Star’s Guardian follows a runaway and a lieutenant fighting through secrets to save a lost universe. If you love your space operas with action, heart, and a splash of romance, grab Star’s Guardian Book One today and soar free with an Odette C. Bell series.

Star’s Guardian is the 1st Supreme Outer Guardian series. A massive, exciting, and heroic sci-fi world where the day is always saved and hearts are always won, each series can be read separately, so plunge in today.