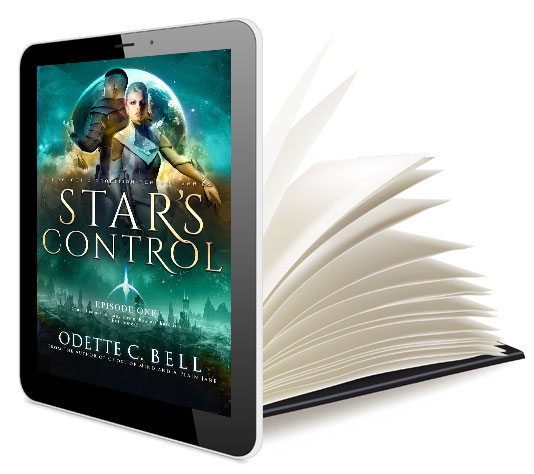 #16 in the Galactic Coalition Academy series. It consists of four episodes of roughly 40,000 words each.

Some are broken by circumstances. Some are born to break others. Meet Petunia, the most powerful psychic the Coalition has ever seen, and decide for yourself who she’ll become.

When a spy attacks Guardian Station Alpha, Forest is forced to use her greatest psychic asset. But Petunia comes with trouble, and the costs might be too high.

For there’s a problem. Petunia has been content to play the Coalition’s game all these years. Then she meets him. Zane. The cadet with a hero complex and a secret even bigger than hers. When the station is attacked and Petunia’s past starts to leak out like blood, Zane gets closer. Because ultimately, there will be no keeping these two apart. Kindred spirits, the galaxy has kicked them down for too long. But no one can stay down forever. So tune in and watch Petunia rise like a star.

Star’s Control is the 16th Galactic Coalition Academy series. A sprawling, epic, and exciting sci-fi world where cadets become heroes and hearts are always won, each series can be read separately, so plunge in today.