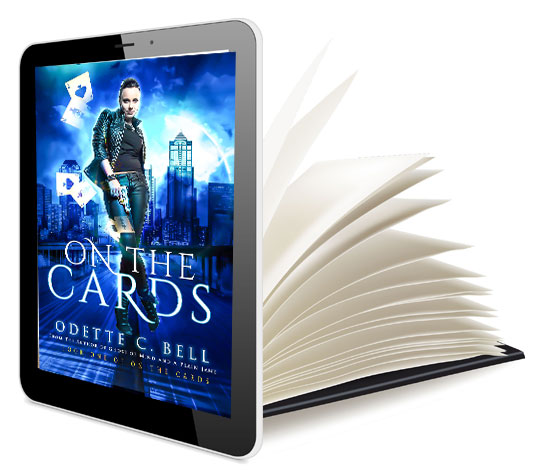 There are four books in this series of roughly 50,000 words each.

In one moment, Nadine’s destiny changes. She’s snatched from her life and thrown into the police to work for the twisted but handsome Tom Walker. He has a plan for her, and it will start with solving a murder.

As Nadine is pushed into a tangled mess of intrigue and danger at Tom’s side, she learns one thing. He wants her for something – revenge. And she doesn't mind. For now. The further she falls into this game – and his arms – the more she’ll struggle to escape.

On the Cards follows a snarky magical card shark and the lying detective she’s indentured to as they fight to unify their broken city. If you love your urban fantasies with action, wit, and a splash of romance, grab On the Cards Book One today and soar free with an Odette C. Bell series.