She’s got a destiny, and it’s all tied up in him. 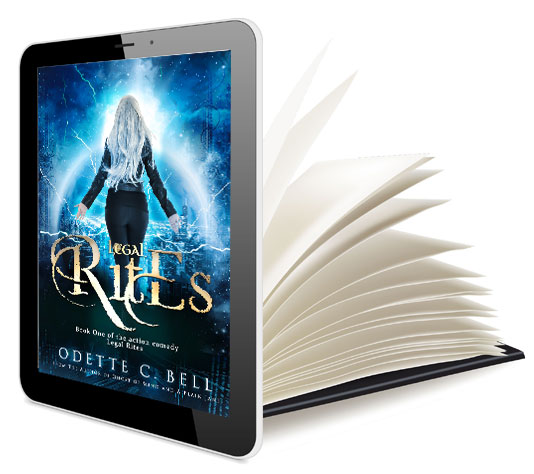 This series has four books.

She’s got a destiny, and it’s all tied up in him.

Madeleine Macy is a magical enforcement officer. She doesn’t have power, but boy does she have a razor sharp wit. She meets her match in Valstein, a powerful vampire of noble descent who’s about to become a massive pain in her butt.

When one of the most respected vampire lords in Knight City is brutally murdered, Madeleine is thrown together with Valstein to solve the case before it’s too late. You see, if it’s too late, Madeline dies. And Valstein really can’t have that - not until he finds out who she is and - more to the point - who’s been hiding her from him.

Legal Rites follows a wisecracking witch detective and a vampire with dangerous secrets fighting a shadowy magical council. If you love your urban fantasies with action, humor, and a splash of romance, grab Legal Rites Book One today and soar free with an Odette C. Bell series.