All seek justice. But justice is a fool’s game. 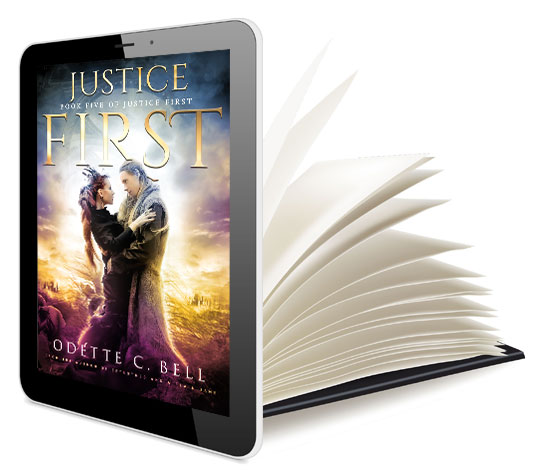 All seek justice. But justice is a fool’s game.

When Melanie finds out she’s magical, she runs. Her powers won’t let her sit still. As they rise, they seek justice. And the city she lives in – Erebus – is home to the worst criminals out there. As her mind unravels, she’s forced to mete out holy punishment.

Nothing can stop her save for one man.

But Tyr isn’t human; he’s the immortal sent to capture her. A practitioner unmatched in all the realms, he seeks one thing – justice. To all those who break the law, he brings punishment. Until he meets Melanie. As he searches for her through the crime-infested streets of this hellhole, they’re drawn together.

What starts as a game of cat-and-mouse changes as old, hidden feelings arise. They might wish to punish one another, but destiny has another plan.

Justice First follows a gritty witch and the immortal tasked to hunt her down on a quest to defeat heaven. If you love your contemporary fantasies with fast-paced action, non-stop fights, and a splash of romance, grab Justice First Book One today and soar free with an Odette C. Bell series.