The first book in this series - His Only Hope Book One - is available for free at most ebook retailers.

This series consists of four books of approximately 80,000 words each. 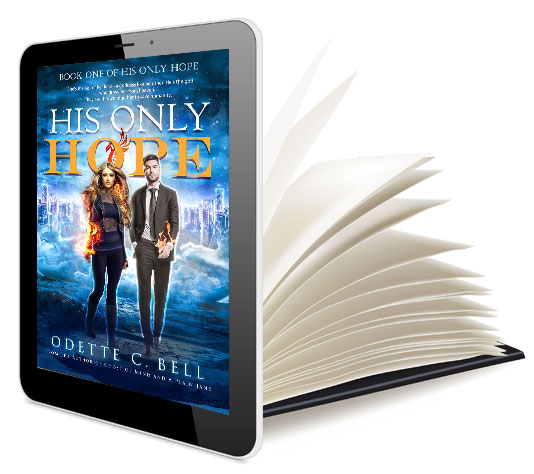 Eternal flames, twisted gods, and a woman trapped with only one man to turn to - her enemy.

Celeste is an ordinary woman with ordinary problems. But that can’t last. An ancient power is rising within her. There’s a fire inside her unlike any other. When she finds out she’s a goddess, her life will never be the same. But when she finds out that every other god wants her dead, normal will be a thing of the past.

The most powerful businessman in the city turns out to be the most powerful man in the heavens, too – Thor, King of Asgard. Celeste fled there hundreds of years ago, never to return. For Thor vowed to kill her, no matter what. But things are not as they seem. As gods and monsters line up to kill her, she is soon forced into the very arms of the man she must flee.

His Only Hope is an action-packed sprawling urban fantasy sure to please fans of Odette C. Bell’s Gods no More. This four-book series is complete, so pick the first book up today.