A new realm has awoken. A new threat has emerged. So new warriors must take the helm. 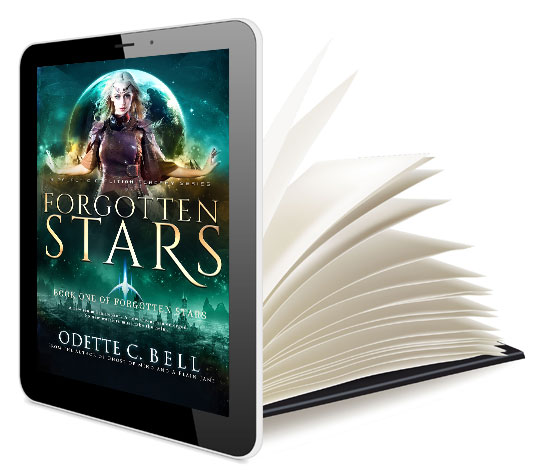 There are four books of approximately 50,000 words each.

A new realm has awoken. A new threat has emerged. So new warriors must take the helm.

Amber’s an ordinary ensign whose only claim to fame is throwing toast on the most important soldier on the station. Everything changes when she’s lost on an alien world and her true powers awaken. She must keep them secret from the Coalition or pay the price.

But it’ll be hard to keep her secret around the ever-watchful Commander Starsmith. When she draws his eye, he can’t look away. For deep within him, something rises. Let it sink, and the station might survive. Let it rise, and the Coalition will never be the same again.

Forgotten Stars is the 14th Galactic Coalition Academy series. A sprawling, epic, and exciting sci-fi world where cadets become heroes and hearts are always won, each series can be read separately, so plunge in today.