She’s got powers, and she has to use them to find her future husband before it’s too late. 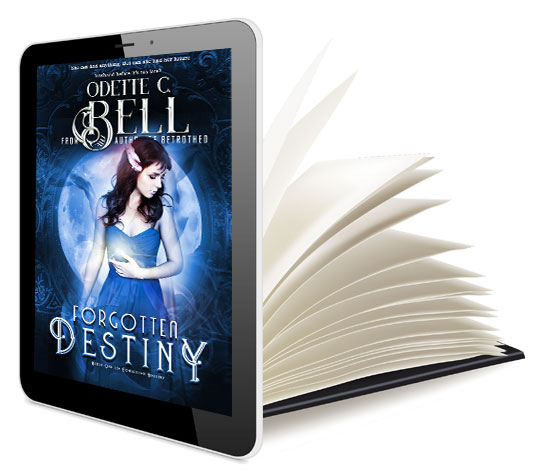 She’s got powers, and she must use them to find her future husband before it’s too late.

This isn’t fair. Beth has just found out she’s a witch, and in this world, witches are regulated.

When her powers are discovered, she's pushed into a new job working for a rakish bounty hunter who's charm only just makes up for his arrogance. But if Beth thinks finding bounties for Josh McIntosh is the worst punishment imaginable, she hasn't met Maximus C. Knights yet. He's the most powerful kingpin in town, and he needs her to find something. Specifically? Her future husband. You see, there’s a prophecy that says one day a witch just like Beth will come along, and with a little help, she’ll save the world.

Forgotten Destiny follows a plucky witch and her destined vampire fighting through a dark city full of secrets. If you love your urban fantasies with action, wit, and a splash of romance, grab Forgotten Destiny Book One today and soar free with an Odette C. Bell series.