You can read Final Game Book One for free right here on my website.

There are four books in this series of around 50,000 words each. 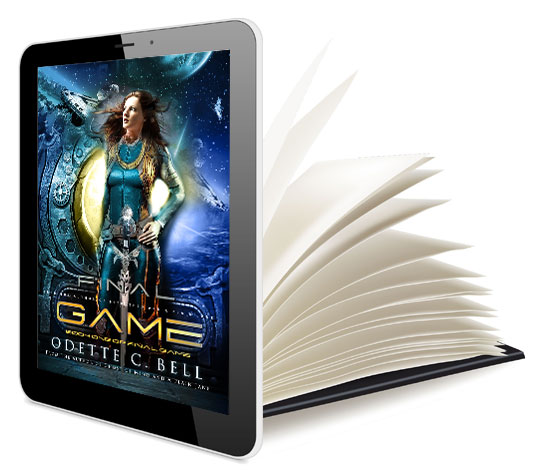 In a future when augmented reality is the norm, she's the top-rated player in the galaxy. That is until she meets an elite soldier who doesn’t like playing games.

Stellaxia is a princess. Not that anyone cares anymore. Three years ago, she committed treason, and her people threw her in jail.

There, she rots until an old-school soldier takes her to the greatest training station in the galaxy.

His mission is to control her as her skills are used to train the next generation, but he ends up falling for her. Which is good. Because apart, the Milky Way has no chance. But together, the games will begin.