It doesn’t matter what’s after you. The only thing that counts is who’s in your corner. 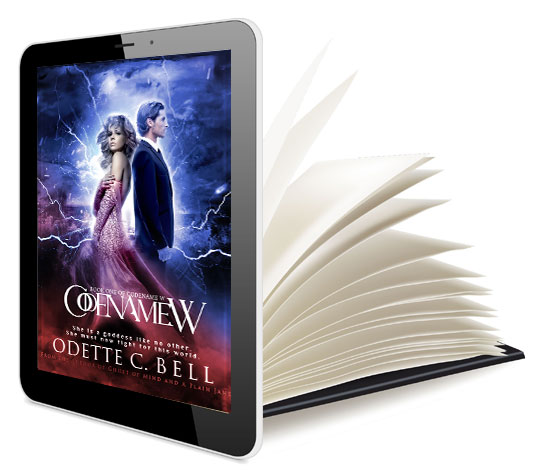 #2 in the Your True Vampire series. It consists of four books of roughly 50,000 words each.

It doesn’t matter what’s after you. The only thing that counts is who’s in your corner.

Bessie’s meant to be an ordinary journalist. Okay, she’s kinda scatty, bolshie, and has never backed down from a story – or a fight. But when a fight comes to her that could consume the whole city, there’s only one person she can turn to.

Xavier Kilmer is a ghost vampire. He’s also Bessie’s sworn enemy. The animosity isn’t mutual. Three years ago, he met her and sparks flew. Ever since, every paper in town has promised she’s his true mate.

When a shadowy force called the Ghost King reaches through the darkness to claim her as his bride, only Xavier can help. But all help comes at a cost.

Codename W is the 2nd Your True Vampire series. In a world where vampires know their true love at first sight, love brings trouble. Packed with action, wit, humor, and a dash of romance, you can read them separately, so plunge in today.

Reading order for the Your True Vampire series.