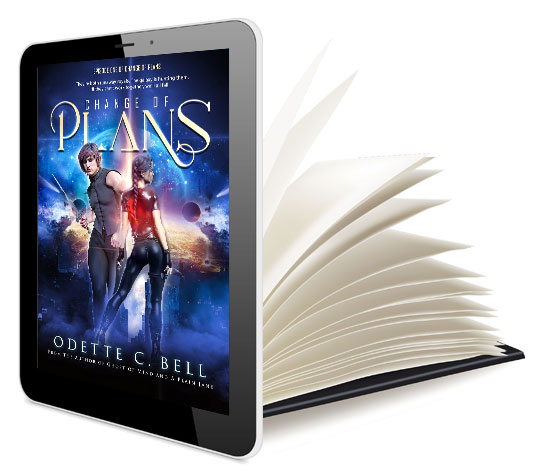 This series consists of four episodes of roughly 40000 words each.

When Jupiter – the most important and hunted royal of the Orion Empire – accepts a deal to kidnap a wayward princess, he shouldn’t accept. He does, and it drives him right into the arms of a galactic war. If he doesn’t keep his wits about him, it’ll thrust him into her arms, too. A problem, as Emilia Astrid is infected with a power to change everything.

Change of Plans follows two witty, wisecracking runaway royals fighting to save their crooked galactic kingdoms. If you love your space operas with action, heart, and a splash of romance, grab Change of Plans Episode One today and soar free with an Odette C. Bell series.