They say some things can’t wait. One of them is destiny. The other is murder. 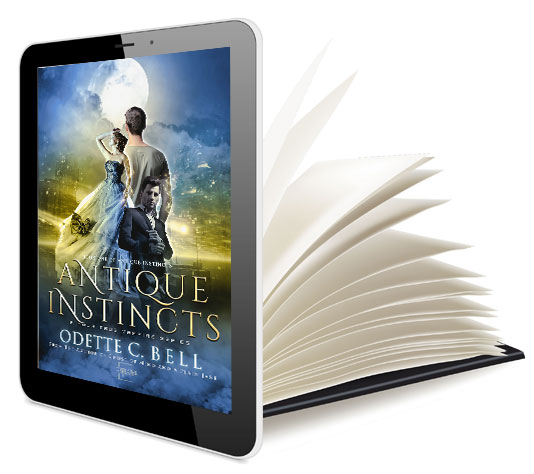 #4 in the Your True Vampire series. It consists of four books of roughly 50,000 words each.

They say some things can’t wait. One is destiny. The other is murder.

Sonia tells herself she’s normal. She isn’t. A rare witch with a rarer skill – she can sort out the temporal order of anything.

While that might be incredible, it can’t catch his eye.

Rushford Halsey is the most powerful vampire in the city. A resolute man heading up Vampire Pharmaceuticals, he shouldn’t care about her. But there’s a problem. He’s her one-true vampire. Destiny has dictated they will be together. So what does Rushford do? Marry someone else.

He has no interest in Sonia – other than to keep her as far from his murky world as possible. When a dangerous drug hits the streets and she’s dragged into the case to stop it, Rushford loses and they’re thrown together.

But destiny can be a fickle thing. It’ll give you one chance at happiness. Lose or ignore it, and you will do so at your peril.

Antique Instincts is the 5th Your True Vampire series. In a world where vampires know their true love at first sight, love brings trouble. Packed with action, wit, humor, and a dash of romance, you can read them separately, so plunge in today.

Reading order for the Your True Vampire series.