Anna Hope Summersville cannot catch a break. She’s the kind of girl who trips and drops every break luck throws at her. 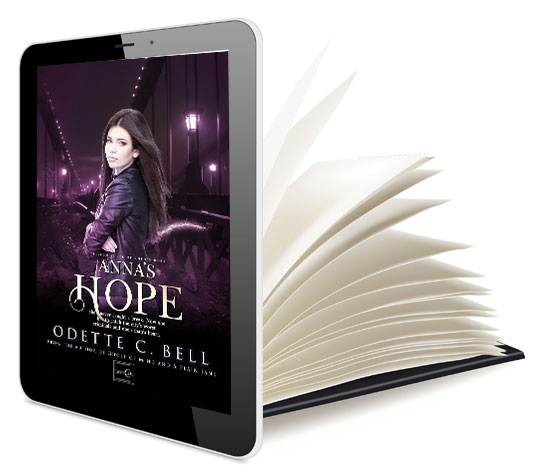 Anna's Hope is the sequel series to Witch's Bell. It occurs in the same universe. There are five books in this series.

Anna Hope Summersville can’t catch a break. She’s the kind of girl who trips and drops every break luck throws at her.

With lacy socks and a hundred frumpy cardigans, she’s not your usual witch. Her sisters might confidently dash around in heels and leather, but Anna’s cut from a different cloth. Not only would she sneeze and break her ankle if she slipped on a stiletto – but her cat would laugh loud enough for the whole town to hear.

She’s easily the unluckiest witch in the country. That’s all meant to change when she starts a new job. She’s expecting something behind a desk, but as soon as she sets foot in town, the trouble starts. There’s a dark wizard haunting the streets, and he’s after witches. When she becomes his target, she’s pulled into a desperate race against time.

Anna’s Hope follows a bumbling, allergic witch and the most powerful (and handsome) wizard in the city fighting to solve magical crimes in the sequel series to Witch’s Bell. If you love your urban fantasies with action, heart, and a splash of romance, grab Anna’s Hope Episode One today and soar free with an Odette C. Bell series.