What if you had lived your whole life thinking you were normal? No, worse than normal – plain? 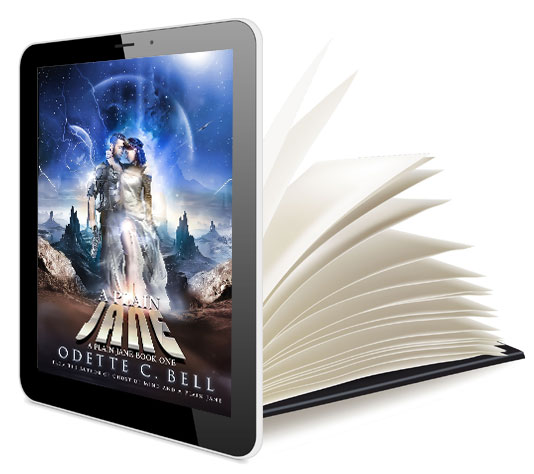 This series has three books.

What if you lived your life thinking you were normal?

No, worse – plain? What’d happen if the deadliest assassin in the galaxy attacked you one warm summer’s night? What would you do if you were thrust into an adventure with the galaxy’s greatest heroic heartthrob?

What would happen if a mysterious, ancient race appeared to kill you? Would you run or fight?

Jane grew up knowing she’s nothing but normal. Then one run-in with an assassin robot threatens to destroy everything she knows about herself. Soon she’s traversing space with Lucas Stone, the galaxy’s number one pin-up hero. Together, they must discover who Jane is and what’s after her before the galaxy’s plunged into a war that’ll destroy all.

A Plain Jane follows a hero and a hidden princess fighting to stop a galactic war. If you love your space opera with action, heart, and a splash of romance, grab A Plain Jane Book One today and soar free with an Odette C. Bell series.

Release Date :
October 2012
Release Date :
This series is complete.
Character :
Chosen One
Genre :
Space Opera
Theme :
Who am I
Tone :
Romp
Back to Series List