Chi McLane likes to lie. It's part of her job. She's a fortuneteller and will happily lie about your future for a fee 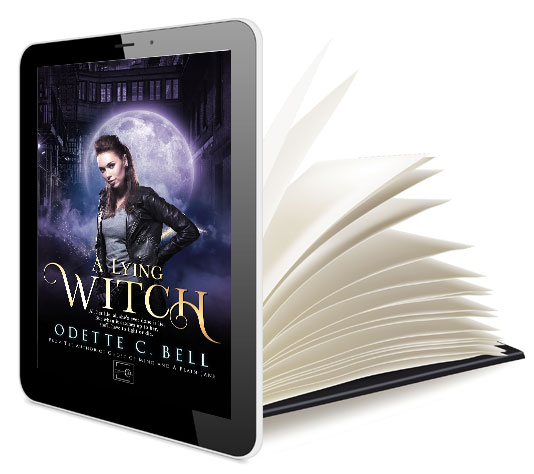 Chi McLane loves lying. A fortuneteller, she’ll happily lie about your future for a fee.

She encounters a problem when she inherits her grandmother's house. Shouldn’t be so bad, right? Wrong. The house comes with a book, and the book’s cursed.

Soon, Chi’s thrust into the gritty world of a seer. Yeah, because magic exists, and it ain't pretty.

Oh, and there's another problem. One with broad shoulders, an even broader Scottish accent, and a killer smile. Turns out he's her magical bodyguard, and he's here to stay.

Chi’s pushed into a realm of violent magic, petty lies, and a curse intent to haunt her until she dies.

A Lying Witch follows a crooked fortuneteller and her dangerous bodyguard fighting to solve crimes and uncover the truth. If you love your urban fantasies with action, heart, and a splash of romance, grab A Lying Witch Book One today and soar free with an Odette C. Bell series.